“CRITICALLY IMPORTANT . . . I want to say to Lynda that what you are doing is so critically important.” -DR. BERNICE A. KING, Daughter of Dr. Martin Luther King

“INSPIRATIONAL . . . Grief Diaries is the result of heartfelt testimonials from a dedicated and loving group of people. By sharing their stories, the reader will find inspiration and a renewed sense of comfort as they move through their own journey.” -CANDACE LIGHTNER, Founder of Mothers Against Drunk Driving

“DEEPLY INTIMATE . . . Grief Diaries is a deeply intimate, authentic collection of narratives that speak to the powerful, often ambiguous, and wide spectrum of emotions that arise from loss. I so appreciate the vulnerability and truth embedded in these stories, which honor and bear witness to the many forms of bereavement that arise in the aftermath of death.” -DR. ERICA GOLDBLATT HYATT, Chair of Psychology, Bryn Athyn College

“VITAL . . . Grief Diaries: Surviving Loss of a Pregnancy gives voice to the thousands of women who face this painful journey every day. Often alone in their time of need, these stories will play a vital role in surrounding each reader with warmth and comfort as they seek understanding and healing in the aftermath of their own loss.” -JENNIFER CLARKE, obstetrical R.N., Perinatal Bereavement Committee at AMITA Health Adventist Medical Center

Visits from beyond the veil are told by those who have experienced them. Hello From Heaven features fascinating true stories about the phenomena known as after-death communication. Narrated by 21 people from all walks of life, each story offers compelling accounts of different types of ADCs. They invite readers to consider the possibility that there is more to life and death than meets the eye.

Bonnie’s deceased father smiled and winked at her before disappearing behind a building. Mary saw her deceased mother’s eyes in the face of a stranger. The morning after Sharon released a single balloon in memory of her former fiancé, she woke to a voice in her ear.  It said, “I got my balloon.” Christine’s dead in-laws appeared in her bedroom and stayed for an hour.

In addition to the fascinating accounts, readers are treated to an in-depth look at each writer’s beliefs both before and after their “hello”. These force even the most steadfast skeptic to entertain the possibility that there is more to life–and death–than meets the eye. 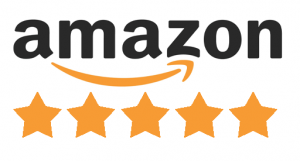